Eldridge Cleaver’s paraphrased quotation became the motto of the international online “Engaging Fishing Communities in Conservation Workshop” on May 5.

The workshop introduced 30 key sturgeon experts and practitioners to the LIFE for Danube Sturgeons Project Team, and provided the team with advisory and technical support. At the core of the exchange of practices were four case studies, or “fish tales” from France, Cambodia, Germany and Croatia.

Marie Lecomte (French Committee for Marine Fisheries and Sea Farming) shared how an appreciation scheme was developed and implemented for fishermen reporting bycatch. The scheme specifically aims to save the European sturgeon (Acipenser sturio), whose wild, reproductive population is estimated to be down to only a few hundred worldwide, mostly in France’s Gironde Estuary. Among the success factors of the initiative was the empowerment of fishermen to feel instrumental in sturgeon conservation efforts, as well as their contribution to long-term plans for enhancement; as opposed to short-lived activities that often may end up being unsustainable.

“Locals will continue to be our best source of knowledge on species behaviour, habitat. They are also the ones with the ability to develop a solution that can generate tangible results.”  – Ukrainian participant 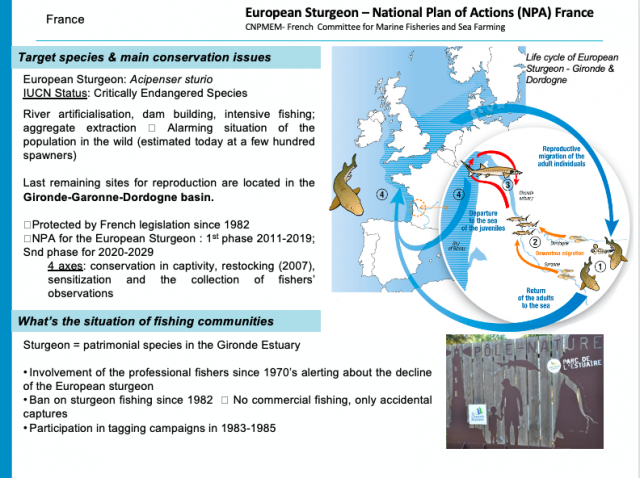 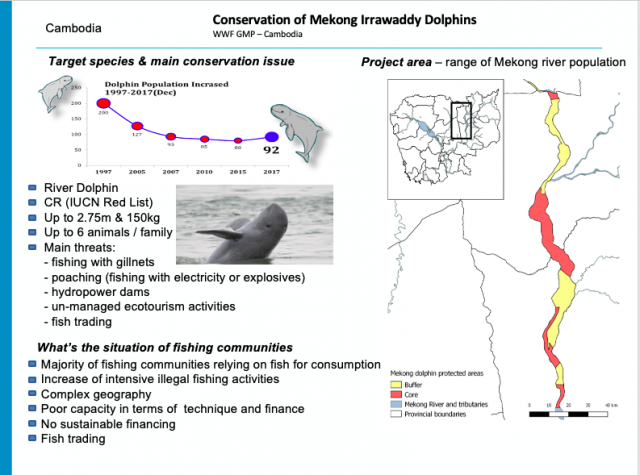 The German case study also involved fishermen in river work, but the local fishermen are engaged in monitoring and ex situ measures. Jörn Gessner (Leibniz-Institute of Freshwater Ecology and Inland Fisheries; World Sturgeon Conservation Society) explained that Germany faces similar challenges to countries along the Lower Danube, such as bycatch at uncontrolled levels and lack of reporting. By actively involving fishermen in reporting, monitoring and rearing of sturgeons, Gessner and his colleagues succeeded in building up trust and changing attitudes to the point that fishermen have actually taken over responsibility for sturgeon protection.

The Croatian case study highlighted the everyday challenges that they face when collaborating with fishermen in an attempt to reduce fishing pressure without decreasing fishing income. Mosor Prvan shared:  “Because every other attempt to propose a working solution failed, co-management of fish stock seemed to be the last and only resort left to explore. It is built on the perception that those who fish have to be involved in the decision-making and imposition of restrictions, to create ownership and engagement themselves by working with all other stakeholders – NGOs, administration, scientists and businesses.” 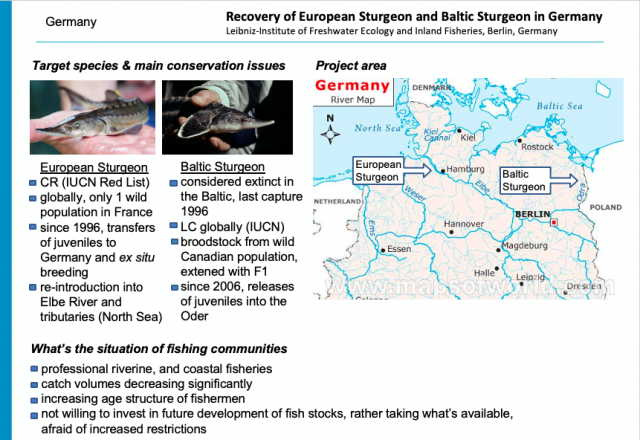 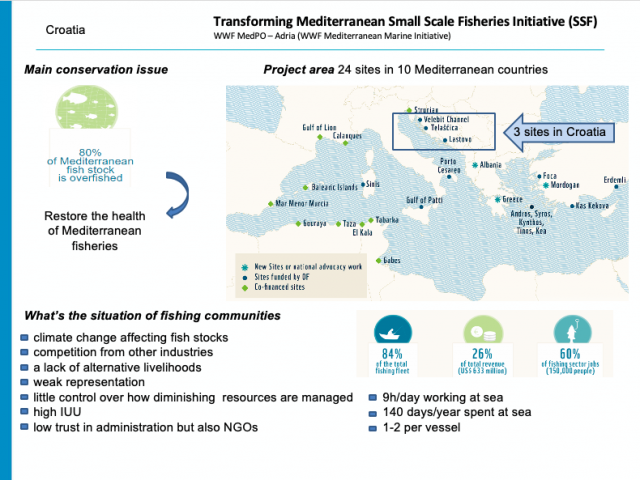 In conclusion, Beate Striebel, WWF- CEE’s Sturgeon Initiative Leader outlined several suggestions which could be applicable in the Lower Danube and the Black Sea, such as involving fishermen in sturgeon monitoring (already done in Bulgaria via the MEASURES project), investigating co-management options, and developing an appreciation scheme for fishermen who release and report bycatch.

The workshop was originally planned to take place in Romania as part of the International Advisory Meeting. The project is in its final year of implementation and the aim of the event was to get useful recommendations for the national teams for the successful finalisation and long-term effect of the project activities.

Despite changing the format of the meeting from face-to-face to a Zoom conference call due to the Covid-19 restriction measures, the virtual event was attended by more than 30 people from Austria, Bulgaria, Cambodia, Croatia, France, Germany, Poland, Romania, Serbia, the Netherlands, Turkey, UK and Ukraine.

The next workshop in the series will focus on alternative livelihood development for species conservation and will again be held virtually via Zoom on 13 May 2020.