Sofia – At the height of the summer, Indian legend has it that the big sturgeon allows itself to be caught during the August’s full moon and they called this moon phase ‘Sturgeon Moon’.  WWF marked the sturgeon full moon with lunar observations through a telescope, a documentary movie screening, interactive learning games and art installations in several cities in Bulgaria. At the seaside town of Balchik, the sturgeon team was hosted by the University Botanic Garden and tourists were greeted with games, pictures and the life-sized Beluga model. In the past week, at least a thousand-people learned more about the role of sturgeons in the river ecosystems and the threat of extinction of these ancient migratory species. 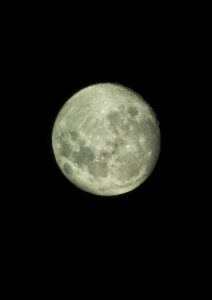 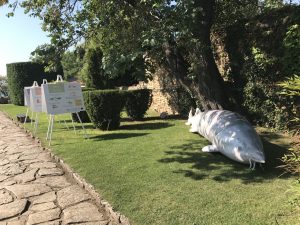 Sturgeons were an important livelihood of the local fishing communities not only for the Native American Indians, but also in the Danube region. Sturgeons have been around for more than 200 million years, but today they are among the most endangered species on the planet. Illegal fishing, principally for their caviar, is a serious threat to sturgeons, together with the loss of habitat caused by human interventions. Currently, 27 sturgeon and paddlefish species inhabit the coastal waters, rivers and lakes of the Northern hemisphere and the Danube River basin preserves some of the most important sturgeon populations in the world today. 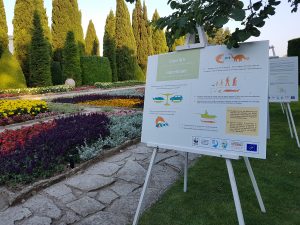 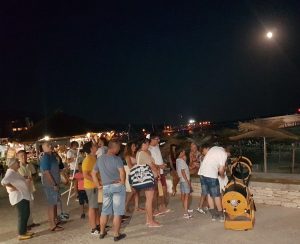 Young artists created installations about the life of the Danube sturgeons

WWF together with local organizations gathered young artists to make art installations powered by water, to raise awareness about the significance of the healthy river ecosystems. Students from few Bulgarian universities had the mission to present sturgeon’s life, their habitat, ecological and environmental problems related to the extinction of these species through artworks. The artworks are exhibited in Etar Architectural-Ethnographic Complex, near Gabrovo, until the end of the tourist season.

As part of the sturgeon moon celebrations the film ‘The Mysterious Giants of the Danube’ was screened, presenting WWF’s conservation work and efforts to save the last viable wild sturgeon populations in Europe. Over the last years, the decline of Danube sturgeons is clearly reported by the rapidly decreasing catches. In Bulgaria, total annual catches fell from 63.5 t in the 1940s to 25.3 t in 1995-2002. In Romania, they fell from 1,144 t in 1940 to less than 8 t in 1995. Identical decline in numbers of sturgeon was observed in Ukraine.

The movie, directed by Kamen Kolarov, presents WWF’s conservation work to save these critically endangered species. In 2015, over 50,000 small sturgeons were released in the Danube River aiming to demonstrate the model for restocking with sturgeons and to increase the number of natural wild populations.

Watch the movie ‘The Mysterious Giants of the Danube’