A high level meeting organised by WWF in Ukraine brought together experts, relevant authorities and environmental groups from Ukraine and Romania to discuss how to save the Danube and Black Sea populations of sturgeon.

Sturgeon species have been around since the time of the dinosaurs, 200 million years ago, but for the past few decades their populations have dramatically declined. As a result, in 2000 the industrial fishing of sturgeon in Ukraine was prohibited and all native species of those rare fish were included in the Red Book of Ukraine. To conserve the populations of wild sturgeons, it is now important to unify the efforts of authorities, scientists, local communities, environmental NGOs, and all concerned naturalists, both Ukrainian and foreign.

On the 23rd of May 2017 in Odessa WWF organised a Romanian-Ukrainian meeting on cooperation in sturgeon protection. “WWF has been working in the Lower Danube countries for some time to overcome the main threats to sturgeons: blocking of migration routes, illegal fishing, and other factors contributing to their decline. In 2016, we started raising awareness of this issue in Ukraine. The purpose of the meeting was firstly to establish communication between the government regulatory bodies of both countries, as a response to the requests from the reformed State Agency of Fisheries in the Odessa region, and also to promote dialogue and coordination between the Ukrainian and Romanian parties” – reported the WWF project coordinator in Ukraine, Natalia Gozak. 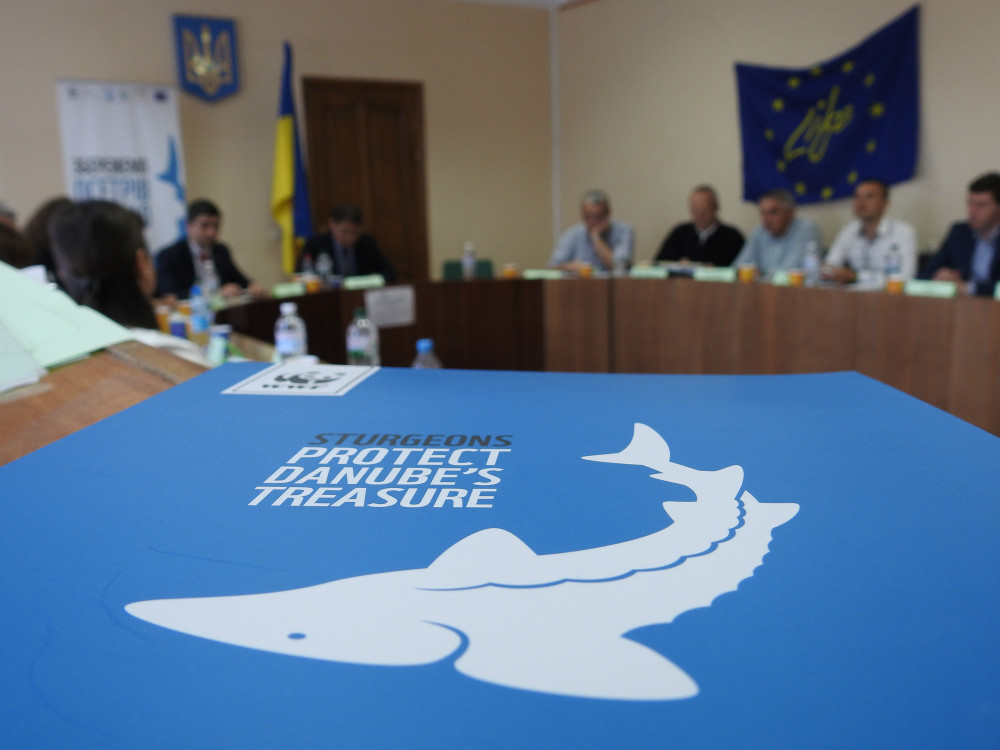 The meeting was held with the support and participation of the Regional Council of Odessa and the Odessa Regional State Administration, leading experts and the Director of the Danube Biosphere Reserve (Ukraine). The Head of the State Agency of Fisheries in Odessa region – Serhiy Yurchuk, the Chief of the Vilkovo Border Guard Service – Bohdan Humenyuk, the expert from SE “Southern Research Center Institute of Marine Fisheries and Oceanography Odessa” -Serhiy Bushuyev and state environmental protection inspectors of the “Fishers protection patrol” were sitting on the table with the Romanian guests.

“This was the first high-level meeting dedicated to the protection of the Red Data Book sturgeons in the transboundary region in 40 years. We have to be fair, honest and to feel it is our personal responsibility to identify the problems in this area” – remarked the Director of the Danube Biosphere Reserve (Ukraine), Oleksandr Voloshkevych.

The Romanian delegation was led by the State Secretary of the Ministry of Environment of Romania, Ion Cimpeanu, with the participation of the newly appointed governor Malin-Mateo Musetescuseveral, other key representatives of Biosphere Reserve “Danube Delta” (Romania) and WWF-Romania. “Nature has no borders so we are here to collaborate,” said Malin-Matei Musetescu. “The Biosphere reserve is rich in biodiversity and sturgeons are one of its treasures. Different Romanian organisations have already begun protecting sturgeons, but there is still a lot to be done. There has been a prohibition on sturgeon fishing for 10 years. During this time a total of 1 million young fish were released into the Danube waters, at the cost of €1 million per year. By working together, we can restore the sturgeon populations to a level of economic sustainability. Eventually, the intention is to harvest wild caviar commercially for culinary, rather than scientific purposes.” 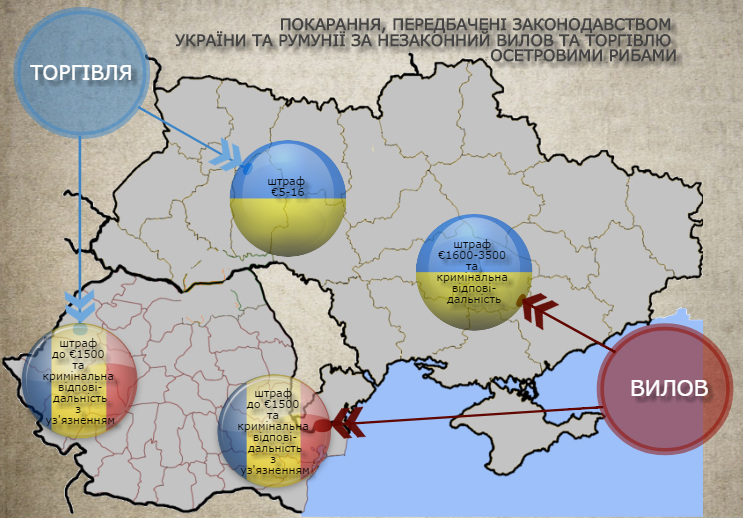 During the meeting, participants discussed research and protection of wild sturgeon habitats, reintroduction and stocking, communication with the market and customers, lobbying, and communication with fishing communities and businesses.

“It is important for us that the meeting was seen as productive and with maximum involvement of all parties” – emphasized Natalia Gozak. Among the issues discussed that require close cooperation by all parties in future was the significant difference in penalties for illegal fishing of sturgeon between the two countries. In Ukraine the penalty for illegal sturgeon fishing is 100,000 UAH; if the fish is sold at the market and subsequently confiscated, the penalty is insignificant – from 170 to 510 UAH. At the same time on the Romanian side of the Danube, the illegal fishing fine is 1,500 EUR, and after a second offense – a criminal conviction with three years in prison. Most importantly, trade of wild sturgeon in Romania is usually punished with 6 months in prison.